Shireen finally appeared on GoT. *_* She's the cutest thing ever, aah.
But that's all I can take from her tv show debut since the show messed big time with the Dragonstone family and wtf did they do to Selyse. So I have mixed feelings towards them.

Hooowever, the new wave of feelings made me do fanarts: 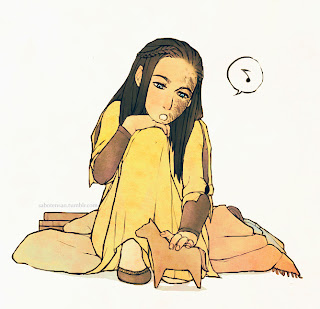 The saddest (and thanks to HBO loneliest) girl in the world 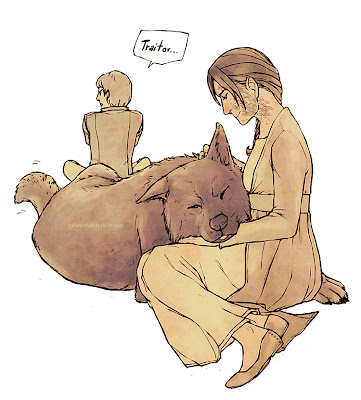 Well yes you didn't think that I would give up on drawing Shireen and Rickon, did you.
Shaggy looks like a big cat, though, but I like it.