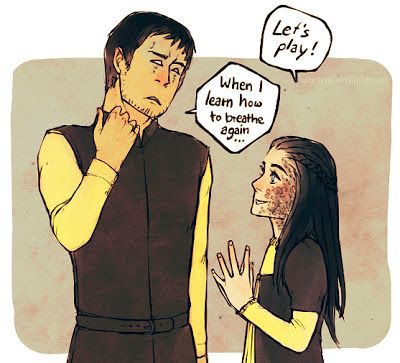 Gendry and Shireen, because Gendry was taken by Melissandre and what if she brought him to Dragonstone? And Gendry having to change clothes because Stannis wouldn’t have him around in the lumps he came to Dragonstone but they had nothing in his size/to fit him available so he got something way too small and he’s looking like a proper lordling now but is only allowed to stand until they get him something new. 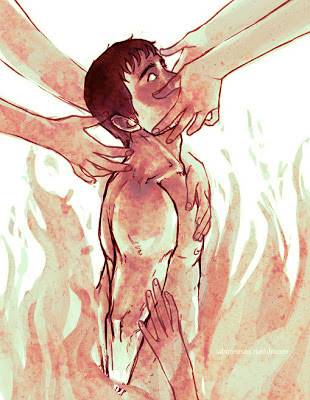 Kissed by fire
The other cause for Melissandre's interest in Gendry. 8'D

And I tried to picture Stannis and Selyse in my style, but I don't know what to think about it. Stannis is ok but Selyse looks so generic. I need to be bolder. 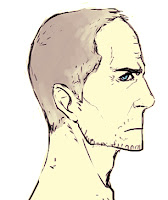 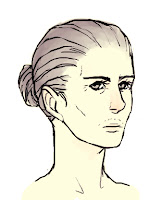